Successful Patient: Step-By-Step Strategies To Get The Health Care You Need

American health care is a wonderful thing - most of the time, for most people, usually (the redundancy is deliberate). Even when it works, however, it can be the most-stressful environment you've ever encountered. Part of that is because, whether as patient or patient advocate, you have been jerked from your familiar world into a situation that clearly belongs to "them", the professionals whose job it is to make the ill and injured whole again. From the beginning, if you're a typical patient, you'll feel as if you're on a treadmill with few recognizable landmarks. The goal of this book is to provide the landmarks by giving you the strategies you can use to navigate the ten steps of health care: (1) in advance of need; (2) when symptoms develop; (3) when you go to the doctor; (4) when the doctor orders tests; (5) when you get a diagnosis; (6) when you must make care decisions; (7) when you go to the hospital; (8) when you go home; (9) when therapy is recommended; and (10) if something goes wrong. The Appendices contain a list of acronyms used in the book and several hundred useful resources.

Here's a non-technical overview of the American health-care system today and its providers that covers a wide range of industry-related issues in twenty-four topic-specific chapters. Where we get health care. Who provides it. What it costs and who pays. Why it costs so much in the U.S. Who regulates, influences and legislates it. Its scope and nature. Medical advances and miracles. Medical and system failures. Medical error. Outcomes. Why the health-care system sometimes seems as if it's set up to benefit everyone but patients. What's causing the revolution in health care and how the changing times are affecting doctors, nurses, and hospitals. What the changes in health care and its delivery will mean for the patient experience. With a list of acronyms and over 400 online resources, complete with URL information.

The aim of the book is to deliver a lot of current information in a succinct format - roughly 75,000 words - that makes it easy to access a specific topic.

Click here to buy the Kindle version of American Health Care Today and Its Providers.

As he digs deeper into the past of the North Carolina mill town where Danielle lived, he knows something is definitely wrong. But does it have anything to do with why Danielle's still gone? The wealthy owner of the mill (and the town) thinks so - he's why Dodger is there to investigate. The girl's best friend from high school agrees, and even the sheriff, who briefly dated Danielle, thinks they're right. Just about everyone else, however, including her strangely indifferent family, seems to assume that the girl - smart, pretty, and clearly on her way to greener pastures probably sooner rather than later - simply walked away from a dying town and a personal situation worse than anyone suspected.

Did bright, beautiful Danielle leave of her own accord? Was she kidnapped and murdered? Dodger uncovers a lot of secrets beneath the sad surface of an old company town, itself in the process of disappearing.

Antiques Are Us Series

In "The Quilt Hater," first of the short stories, Jen and Jamie discover that a thing that seems too good to be true probably is. In "Tempest in a Teapot," the partners learn there's no pleasing everybody. In "Best When Ripe,' a detested former classmate insists they donate the most expensive item in the shop to a historical society of which she's the acquisitions officer. Along the way, happily married Jen - blonde, plump, and pretty - spends too much time trying to find the right man for divorced Jamie - auburn-haired, rangy, and distinctive.

The Day I Died

A work of historical fantasy in which a 21st-century slacker and a mid-20th-century overachiever join forces to help an 18th-century beauty learn the identity of her murderer.

The Japanese Tea Ceremony and the Shoguns

From meditation aid to political tool, the Japanese Tea Ceremony, or cha-no-yu, is an example of the Japanese ability to take a simple act and imbue it with significance and usefulness. This overview is a tribute to the cultural and political traditions that both encourage and are reinforced by cha-no-yu.

Georgia's Great Undertaking: The Beginnings of the Western & Atlantic Railroad

In early nineteenth-century America a fever of economic development arose that could be cured only by the proposal and construction of projects of internal improvement. New York had the Erie Canal, Baltimore the Baltimore & Ohio Railroad, western Maryland the Cumberland Road, and Charleston the Charleston & Hamburg Railroad. Georgia, on the other hand, had an impressive river system, a handful of market roads, politicians more interested in defending the status quo than in advancing the interests of the state, and regional rivalries whose primary goal was to deprive other parts of the state of anything that could be construed as an advantage. By 1825, the only transportation projects funded by Georgia had to do with river clearance, maintenance of existing market roads and one minor canal near Savannah. The political and business leadership of the state was so cautious that in 1825 no sensible gambler would have wagered a penny that the state itself would ever do anything substantive to promote a statewide transportation network. Georgia’s Great Undertaking: The Beginnings of The Western & Atlantic Railroad summarizes what happened between 1825 and 1836 to give life to what became one of the most successful public transportation projects of the era. 71 pages. 8 maps drawn especially for this title.

Another Look at Chippendale and All the Rest

A description of how economics, architecture, politics, exploration, and other elements of 18th century English life influenced the design and making of the furniture that we today know as Queen Anne, Georgian, Chippendale, Sheraton, Hepplewhite, etc. The title was featured in several book clubs, and is used in some college courses on culture.

Networking for the Career-Minded Student

Third Edition, Revised and Enlarged. A brief, but detailed, “how to” guide for high school and college students, aimed at improving their networking skills in an effective and ethical manner. 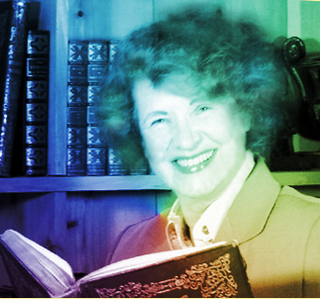