Another Look at Chippendale and All the Rest

Chapter I. THE TENOR OF THE TIMES
...In any age, people – whether an individual family or a nation – participate in many spheres of activity. They love, they fear, they hope, they war, they live. To themselves and to their fellow men they present an image, deliberate or accidental. The way in which those persons not bound by poverty or ignorance choose to live from day to day, that is, the physical framework that they create for their daily comfort and subsistence, is perhaps one of the most significant indicators of their civilization.

In this respect, the aristocracy of eighteenth-century England provided a creditable reflection of their time. Warts they may have had, but – more important – they also had an undeniable talent for successful living that makes them appealing even today.

Their most tangible legacy is the substantial body of architecture that they erected throughout England and filled with the exuberantly designed furniture that is the subject of this book. This magnificent furniture remains a flattering reflection of what A.E. Richardson has characterized as the “calm individualism” of the pacesetters of the age.

Chapter 8. THE INTANGIBLE INFLUENCE
...If the continuing appeal of eighteenth-century English furniture does lie partially in its associative values, then we must not overlook the overriding obsession with beauty that played so large a part in the lives of the men and women for whom the furniture was made. Perhaps the best tribute to them and a fitting close to this study is to quote from Colman and Garrick’s The Clandestine Marriage (1766) the words that were so lightly uttered by the foolish Lord Ogleby, words that could serve as an epitaph for much of the best of the age:

"Beauty to me is a religion in which I was
born and bred a bigot, and would die a martyr." 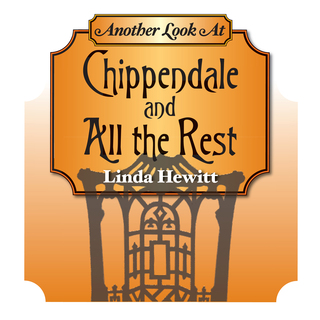