The Day I Died

Chapter One. The Morning of the Day Before

“The sun was shining the day I died, and the river lay like a ribbon on the landscape, not still, but sparkling with the light that touched it then glanced away. There was a breeze that moved soft through the crisp October air, yet the breeze was neither so soft nor fragrant as my skin, which was firm and tender to the touch like fuzz on a just-ripe peach. Nor was the gentle murmur of the dove more melodious than the song within my soul and the voice that gave utterance to it.” The girl spoke softly, but clearly and with no hesitation, maintaining a cadence that was natural for the stilted yet charming form of her speech.

Josh was fascinated and could not stop staring first at her and then at the portrait. The likeness was amazing. The curls were as dark, the skin as fair, the waist as narrow, the breasts so full they seemed about ready to pop from the same low neckline, and – most remarkably – the eyes the same peculiar shade of pale blue. “They’ve made you up perfectly,” he told her. “Did you write the guide material yourself? It’s awesome. What I can’t figure is how did you work the eyes? Are yours really that color or are you wearing contacts?”

She waited courteously for him to finish his remarks, and then continued as if he had said nothing. “A feeling was within me, so rich and full I was like to burst with the joy and wonder of it all. Yet there was a pain sharp and real just to the side of my heart for I must choose and how to choose between two such? I could still feel Benjamin’s hands around my waist, his breath upon my cheek. The pounding of his heart through the thin fabric of my dress. I could taste the exultation still from the meeting of our lips. And it was surely wrong, for what of Thomas? And what of my mother’s wishes and the dreadful Mister Nowell?”

Josh remembered what Kimberly had told him of the history of the house when she handed over the documents he was to examine from the Bateman archive. “Benjamin and Thomas – they’re the two younger sons of the Batemans, right? Benjamin was the one who disappeared and went west, and Thomas was the Patriot. It was just before the Revolution. That’s a cool way to get in some sex appeal – you’ve gotta have that sizzle. But I’ve never heard of this Nowell guy.”

Again she waited; again, as soon as he was done speaking, she continued relentlessly with her script. “My mother urged the cause of Mister Nowell, but it was Thomas who had stood by me, with eager eyes and hot, full lips, waiting for me, my mother said, to reach the time when a child no more I could choose him of my own free will, not for his substance and position but for the love of him. For Thomas is a most proud man.”

For the first time, she paused of her own accord, and a faint line appeared between the impossibly blue eyes. “But I forget. Thomas is no more as Thomas was, for it has been so many years that he is dust and barely that. So long ago, but seems so brief a time since I stood alone upon the bluff, and felt the joy of that day, not knowing it would be my last moment in life as I then reckoned life.”

“This is good,” Josh interrupted her. “I’ve been on historic house tours with my mom, when I was a kid, and I’ve gotta tell you this is a lot more interesting.”

“It is odd,” she went on. “The memory is so clear in part. The sun upon the water. The breeze ruffling the leaves. The crows cawing. The smell of autumn in the woods. The feeling of soft fabric against my skin, of the tree’s rough bark against my fingers. The sweet pain of knowing I must choose between the brother who loved me best and the brother I loved best, who each loved the other as much as he loved me. But of the last instant I can remember nothing. The warmth of that last day’s sun was still upon my face when first I stood before the Gatekeeper, in that cold and dreary Place of Castigation I have come to know so well. But even it is better than this Other, this Place of Nothingness, trying to solve what must be solved before I can Go On.”

“You’re going to turn your story into a game where visitors help you solve the mystery of who killed your character, right? That’s cool. I might even bring the posse back for it if you’re going to wear that dress.” He was coming on to her a little, trying to make her laugh, just to see if he could distract her, but the girl continued as before.

“It is so unfair. Most come and go quickly as we reckon time. They are confused when they arrive, but then learn what they must do. Once they have the strength to look at what was, they follow their clues, a trail of the life that once they had that takes them to the knowledge that leads to absolution that opens the Gate to the Place Beyond, where lies I know not what exactly save that it is where we must begin if we are to Go On. And it is decreed that we must Go On, for we cannot remain indefinitely as we are and what happens next is said to be something so dreadful that none return to give report.” She shuddered slightly.

“That does give the game more point,” Josh said approvingly. “Either people help you solve it, or you go to hell or purgatory or wherever it’s supposed to be, but you’ve got to be careful not to sound too rehearsed – that’d just be pork ‘n history.” 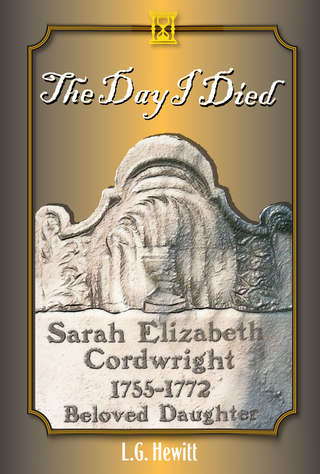